During the “Berliner Fahrradschau” two weeks ago there was a history exhibition from FES (Institut für Forschung und Entwicklung von Sportgeräten) for the first time available to the public. 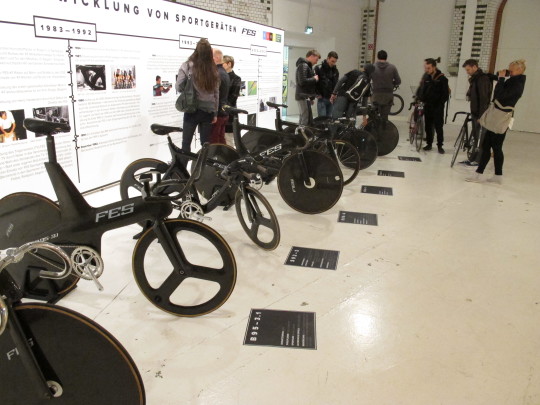 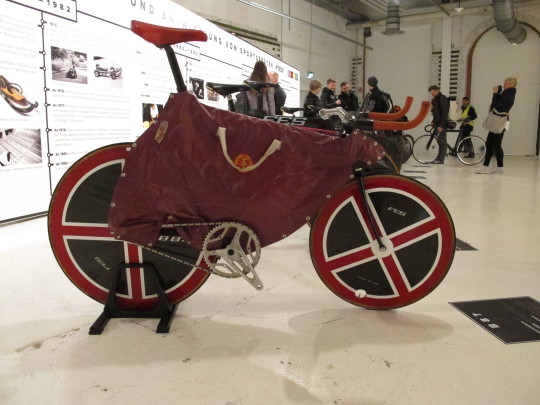 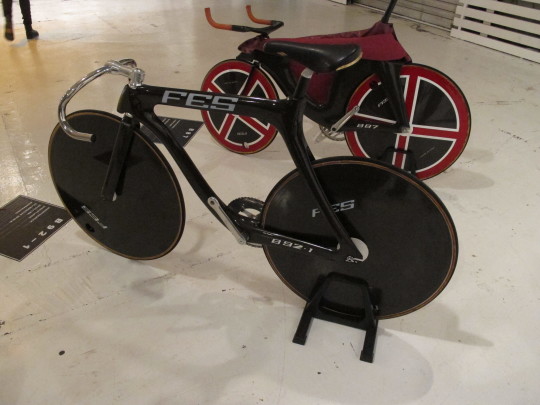 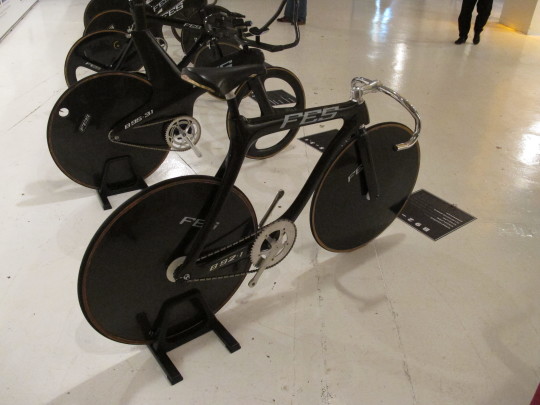 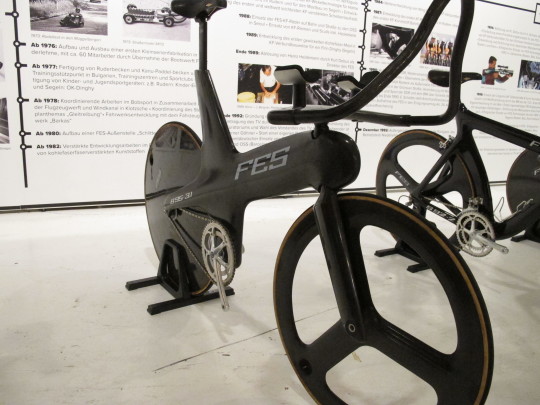 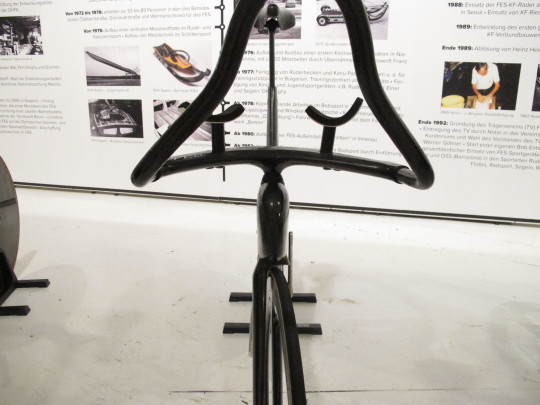 B92-2: One of the first Street Time Trial bikes made by FES 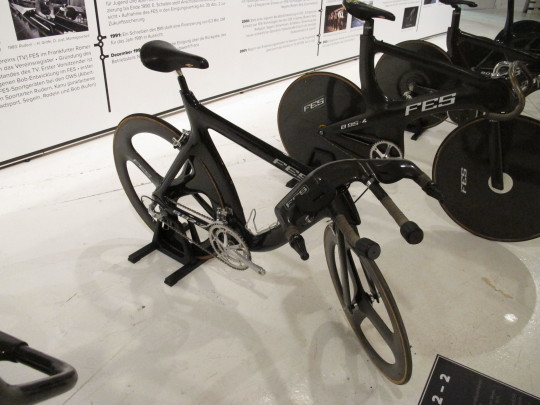 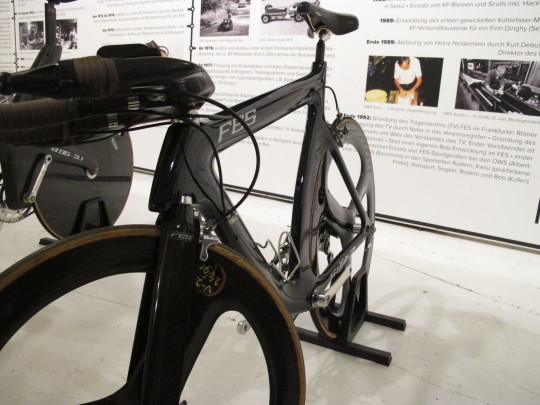 B95-4 (Better drive side shot can be found HERE) 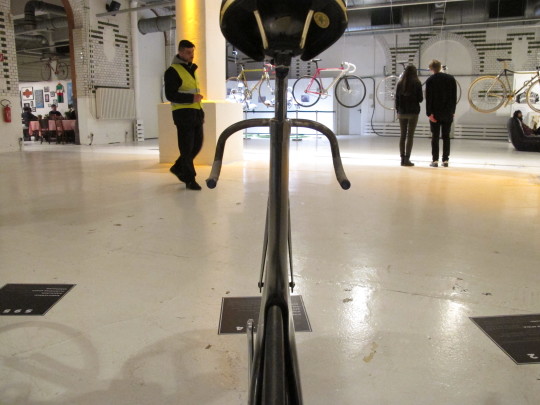 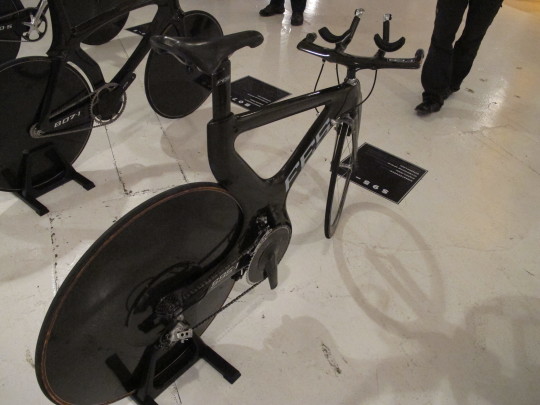 All to prevent the turbulence from chain spinning. 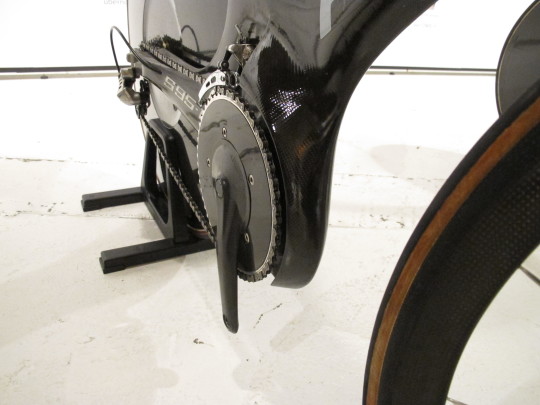 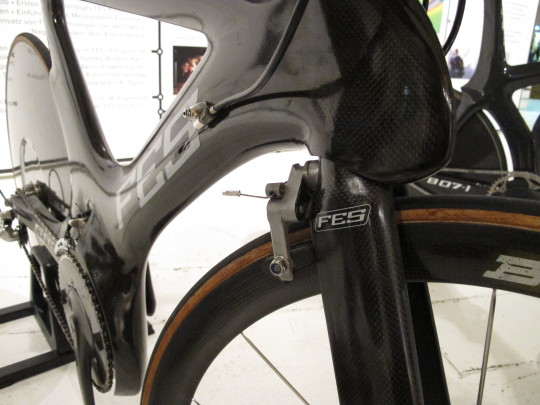 Hydraulic brake system back in the days. 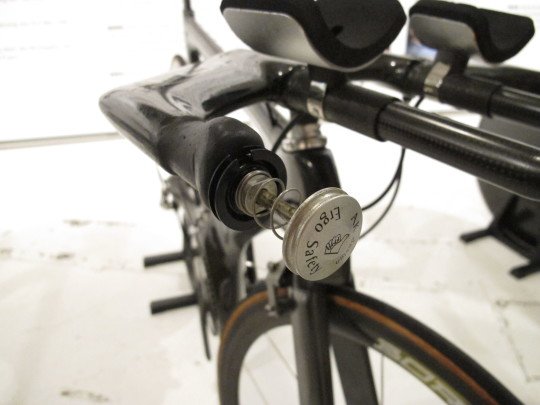 B07-1: Sadly this one wasn’t used because the German Track Time Trial team didn’t qualify for the Olympics in 2012. 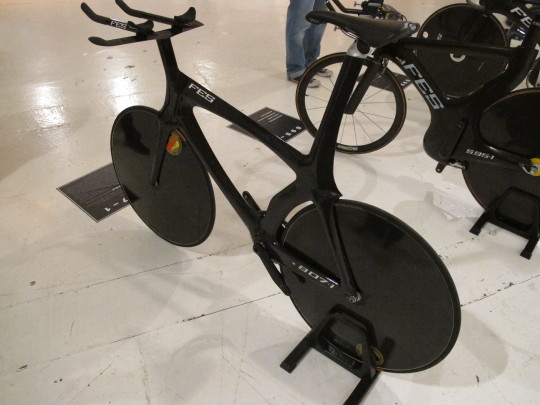 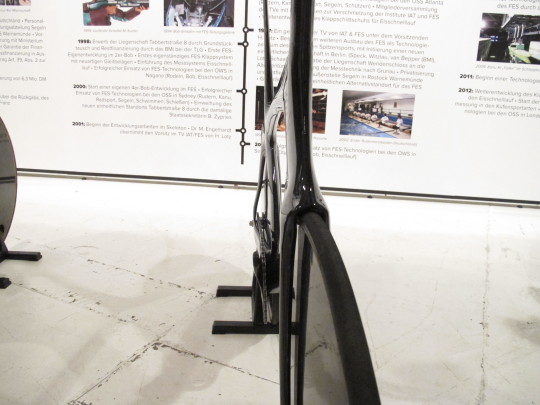 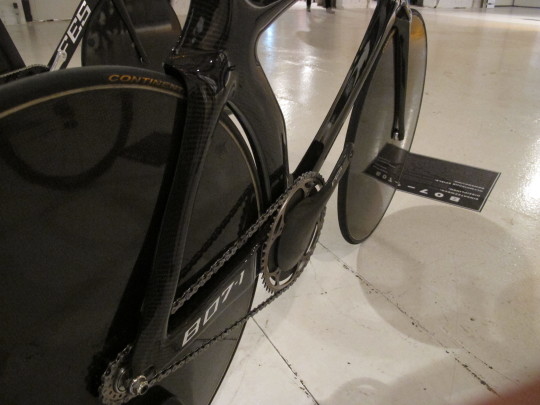 B10-5: The newest creation in a stealth mode look. More information and better detailed pictures can be found HERE. 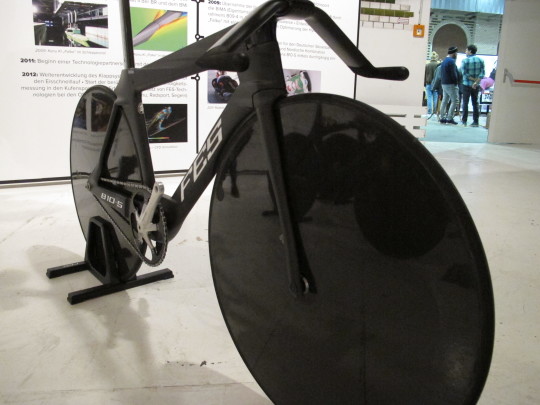 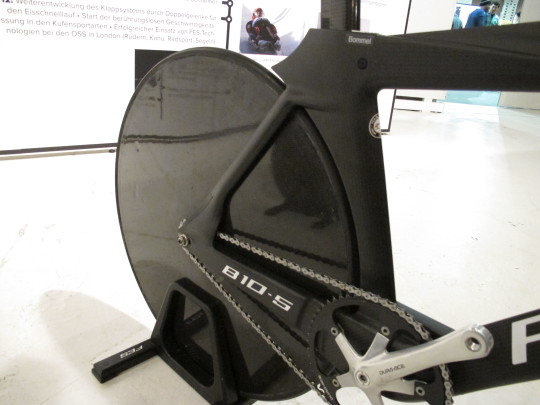 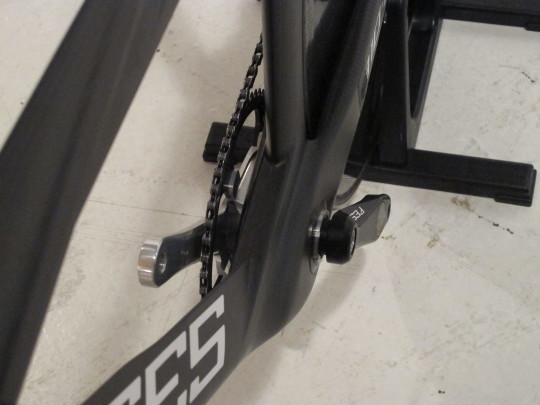 Pictures were found via Imgur.